If you are flying through London Heathrow (LHR) over Christmas and New Years, there is a chance that you might see some disruptions. According to BBC News, British Airways cabin crew have voted for a strike that can take place as soon as December 21.

An overwhelming majority of the 2,000+ crew members balloted voted for the strike, which came after disputes surrounding pay raises. The workers affected are those under British Airways’ “mixed fleet” contract, which is one that British Airways created in 2010. 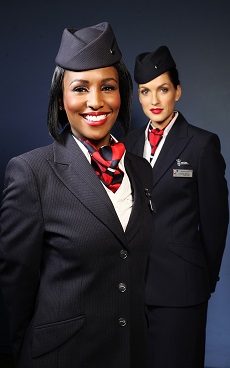 The “mixed fleet” cabin crews fly a mix of short-haul and long-haul flights, and have different contracts from the cabin crew members that join before 2010. They have far lower salaries, with a starting salary of just £12,000 (~US$15,250) and £3 (~US$3.8) per hour of flying time; they also reportedly get to spend less time at destinations. According to the Unite union that represents these crew members, the pay is so low that apparently some flight attendants have to sleep in cars between flights, because they can’t even afford gas money to go home.

As a side note, since those under the “mixed fleet” contracts are newer hires and generally greener, some veteran British Airways flyers actively try to avoid “mixed fleet” routes, and instead opt for routes that have “worldwide” crew.

British Airways offered a 2% pay rise, which was rejected by the unionized workers. Regarding the potential strike, A British Airways spokesperson issued a statement to BBC News:

We are extremely disappointed that the union is creating uncertainty for our customers.

Mixed Fleet Unite represents about 15% of our cabin crew. We remain focused on resolving this issue as quickly as possible without any disruption to customers.

We have proposed a fair and reasonable pay increase to Mixed Fleet cabin crew which is in line with that accepted by other British Airways colleagues and which will ensure their reward levels remain in line with cabin crew at our airline competitors.

Here’s hoping the cabin crew and British Airways can find something to agree on; a strike during one of the busiest travel period will definitely bring a lot of inconvenience!

At the pay rates posted it’s no surprise their employees are striking. Also not surprising that the employees’ performance is poor. You get more bees with honey than with vinegar.