United to Abandon Purchase of 24 Newark Slots from Delta

The Department of Justice today announced today that United will abandon its proposed purchase of Newark slots from Delta. The DOJ had sued back in November to block the acquisition. At the time the government said giving more slots to United would lead to higher fares and fewer choices. Just last week the FAA announced that it was relaxing limits on the number of hourly flights. The PANYNJ then followed with a statement supporting the change and suggesting that it would lead to lower prices and more competition.

Back in June, United announced that they were completely withdrawing from JFK and moving their p.s. transcontinental flights to Newark. As part of the move, United agreed to trade its JFK slots to Delta in exchange for Delta slots at EWR (pending regulatory approval). Well, it appears that there will be no approval, the US Department of Justice sued to stop the transfer today. Assistant US Attorney General Bill Baer had the following to say:

“There are 35 million air passengers who fly into and out of Newark every year. And we know that airfares at Newark are among the highest in the country while United’s service at Newark ranks among the worst. This transaction will reduce competition by removing from the hands of a competitor, in this case Delta, a scarce resource that it needs to compete with United at Newark.”

“We will vigorously defend our ability to operate effectively, efficiently and competitively at Newark. This transaction benefits our customers and the region by enabling us to enhance service at our Newark hub and manage congestion at the airport.”

Delta began using the United JFK slots on November 1st. Going forward, it will add an extra daily flight to and from Los Angeles and use larger, two-aisle planes on three of its daily flights to San Francisco, said Delta spokesman Anthony Black. The United rejection at Newark should not jeopardize these spots: 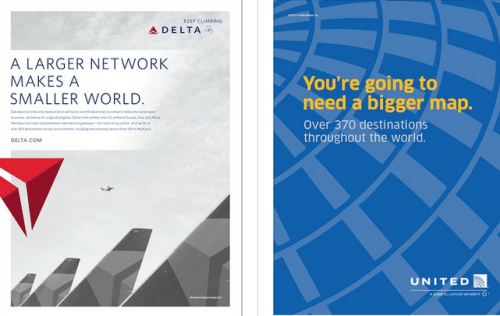 Upgraded for My Flight to Cuba Tonight, Thanks Copa for the Status Match!