The lounge opened in 2016 and quickly surpassed every other offering in Chicago. Polaris introduced a  lot of firsts at O’Hare, including spa services, a-la-carte dining and craft cocktails. Among the other unique features of the Polaris Lounge: 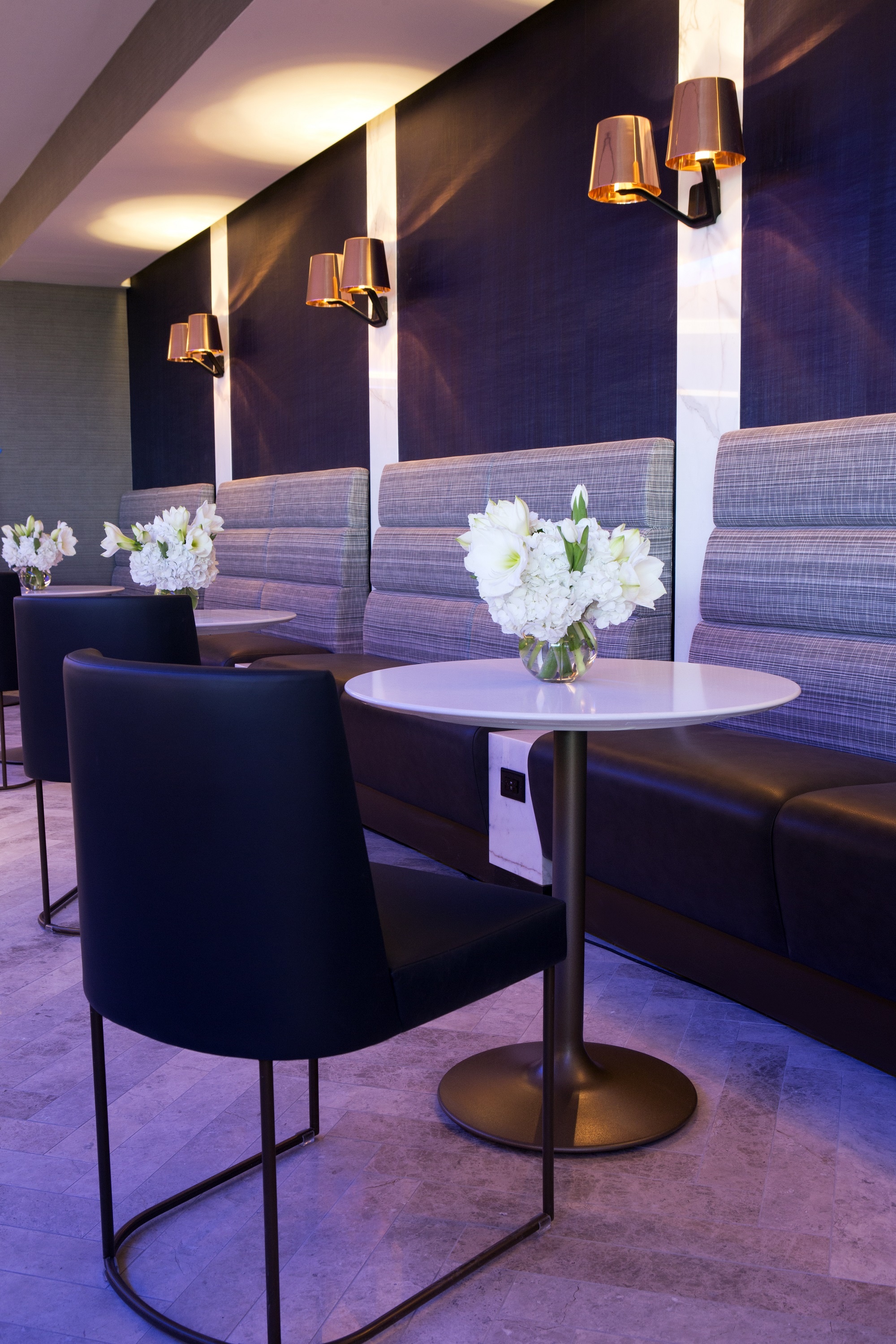 Unlike United Clubs, The Polaris Clubs are reserved for those sitting premium. Elites on economy tickets aren’t admitted.

Polaris passengers and Star Alliance business and first class passengers can access the Polaris lounge. United operates 15-20 longhaul flights from Chicago (ORD), depending on the season, including:

Good luck getting a seat — let alone a table — at the ORD Polaris. It has been a zoo in my experience.

Thanks for your comment, John. Agreed, it can be quite hectic before the midday Asian flights and evening European flights. Have you been since they expanded the seating? It’s definitely helped a bit.

Well seeing as the new Polaris lounge at SFO is even better than ORD that all bodes well for next year’s awards.

And strange as it seems I still prefer the United Club at London Heathrow over ORD Polaris, though SFO has overtaken it. The Heathrow UC (and it’s huge acclaim) was undoubtedly the catalyst to build good international business class lounges in the US.

Thanks for your comment! Agreed, the United Club @ LHR is truly a gem. Happy flying,