After a successful Caribbean launch, JetBlue has scheduled year-round Mint Service to Barbados from JFK every Saturday all year long after the initial trial “exceeded expectations”. Additionally, with the addition of Mint flying during the summer, JetBlue will now have 3 daily frequencies between JFK and BGI. With JetBlue as well as Delta’s twice weekly service, it’s a drastic change from August 2014 when American dropped JFK-BGI and left the market with no non-stop flight.

JetBlue today announced it is expanding its highly successful Mint service between New York and Barbados less than one month after launching the premium service to the Caribbean. Initially launched as seasonal service, the airline will now offer weekly flights year-round. The move comes following positive customer response to the flights which began operating on November 7, 2015. JetBlue will operate roundtrip Mint service on Saturdays between John F. Kennedy International Airport (JFK) and Grantley Adams International Airport in Barbados (BGI). As previously announced, the flights will operate daily during the busy holiday travel season from December 19, 2015 and January 4, 2016. JetBlue flights are now on sale through September 6, 2016.

“We announced seasonal Mint service to the Caribbean earlier this year with the goal of providing travelers with a new and unique premium travel choice to two of our most popular leisure destinations,” said Dave Clark, VP network planning at JetBlue. “The response from JetBlue customers has exceeded expectations on our Barbados route and we are thrilled to expand our Mint service to year-round for customers of this top destination.”

With the addition of Mint flying during the summer season, JetBlue will now be providing three roundtrip frequencies between New York and Barbados on Saturdays during the 2016 peak summer period of June 18 through September 3. 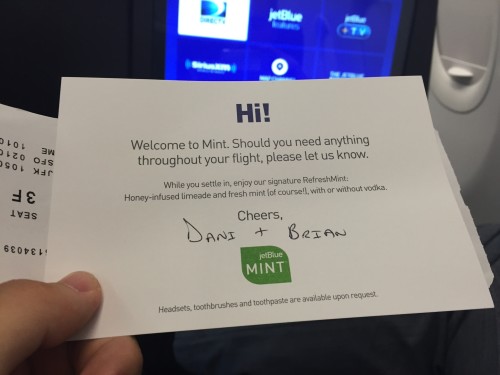