Airlines are embracing Premium Economy more enthusiastically than ever. Business Class has gotten dramatically better over the past decade, with most now featuring direct aisle access and a fully flat bed. Meanwhile, Economy Class is getting tighter, with airlines cramming more seats in a row, and making cuts in service elements.

As Business Class Gets Better, First Class is (Slowly) Going Away

Just ~20 years ago, fully flat beds were reserved only for First Class passengers. As more and more airlines introduce flat bed seats in Business Class, it has more or less replaced the old First Class. In fact, many airlines are phasing out First Class products entirely, and I can understand this from a business standpoint. Most companies don’t spring for First Class fares, so for the most part, it’s really a niche product for very specific markets.

When everyone in Business Class gets a flat bed and direct aisle access, and many airlines now provide pajamas even in Business Class, how much more can you really differentiate between First and Business Class? Some airlines put in even wider seats in First Class, install fully enclosed suites, or bring out the good champagne. But a good number of airlines simply throw in an extra course of soup from the same menu (ahem American), or maintain a First Class product in name only, only because their Business Class is terrible when compared to other global carriers.

A Brief History of Premium Economy

In 1991, EVA Air introduced “Economy Deluxe” on their 747 aircraft, which at the time featured individual seat-back TVs, something that regular Economy passengers didn’t get. Other carriers soon embraced the product that’s a step up from Economy, and began launching their “Premium Economy” products. Virgin Atlantic debuted their “Mid Class” in 1992, and British Airways officially launched their “World Traveller Plus” cabin in 2000. In those years, US carriers mostly resisted introducing Premium Economy a separate cabin. Instead, they chose to focus on extra-legroom seats, calling their seats “Main Cabin Extra” (American), “Economy Comfort,” later “Comfort+” (Delta), and “Economy Plus” (United). However, even their attitudes have changed in recent years. American and Delta both announced the launch of a Premium Economy product this year. United hasn’t formally announced plans to roll out Premium Economy, but have started bundling perks for a more upscale overall Economy Plus product. In recent years, we’ve seen a pretty dramatic change in attitude towards Premium Economy. Even Asian carriers like Cathay Pacific and Singapore Airlines, which took pride in their really solid standard Economy products, are launching Premium Economy. In Europe, Iberia recently unveiled their rendition, and Lufthansa made the new cabin available in 2014. Gulf carriers have historically resisted Premium Economy, but even Emirates is planning on rolling it out soon. All of this, of course, come at a time when standard Economy is getting tighter on many carriers. A 3-3-3 configuration on a Boeing 787 Dreamliner, which is now pretty standard, means only 17 inches of seat width. That can be extremely tight, especially if you’re on a 15-hour trans-pacific hop. I flew from Shanghai to Chicago on an America 787, and ended up spending 5 hours standing up in the galley, and I’m skinny and short. On the Boeing 777, some carriers have (like Emirates), or are going (like Cathay Pacific) 10-seats abreast, instead of the historical 9-seat abreast.

As Business Class gets better and Economy gets worse, there is now an even bigger gap between the two cabins. Premium Economy, then, conveniently fills the gap for (1) leisure passengers who are willing to pay a bit more for comfort, and (2) business travelers whose company might not splurge for Business Class, but will pay for Premium Economy. This is the same space and audience that Business Class historically targeted.

Business Class didn’t use to mean lie-flat beds; that was a perk reserved for First Class. In fact, Lufthansa CEO said just a few years ago that fully flat beds in Business Class is an “unfortunate development,” and didn’t even include them when they first took delivery of the A380. Compare that seat to this one of Cathay Pacific Business Class, circa 2003. It wasn’t a fully flat bed, not everyone had direct aisle access, and it kind of…looks a lot like the Premium Economy of today. 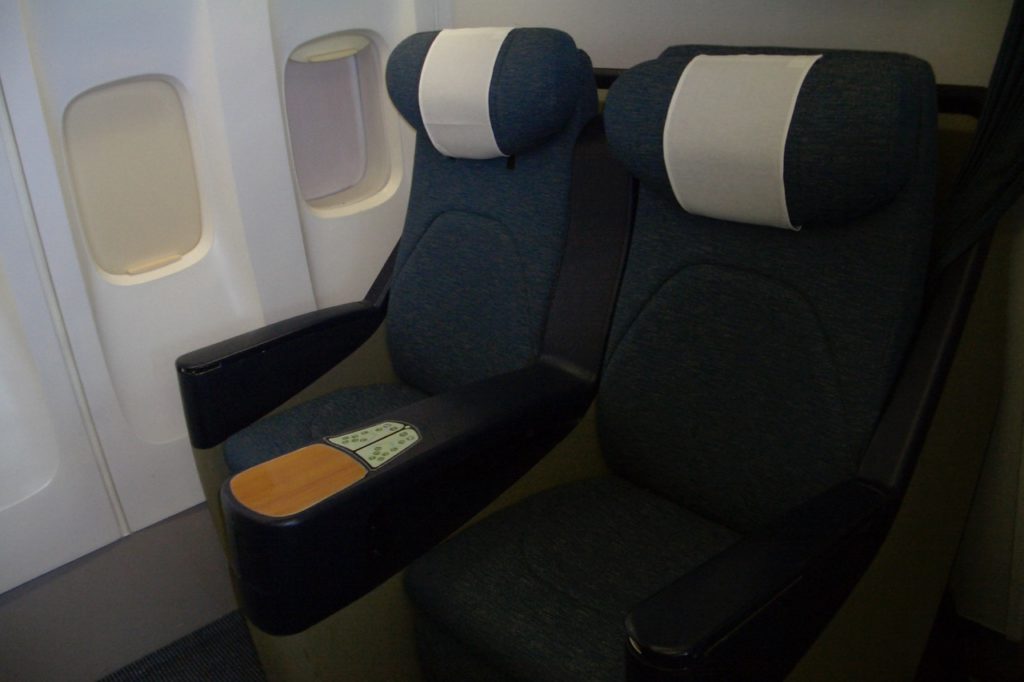 Cathay Pacific Business Class onboard the Boeing 747, circa 2003. Photo by the author.

For the most part, I don’t treat Premium Economy is a “new” kind of product; it’s just that we are reverting back to the “old days,” when the forward-most cabin have flat beds, and the cheap seats in the back are meant to get you from point A to B, and not much else. In the middle, we have seats that recline a bit more than Economy, with better food, and maybe a lower crew:passenger ratio.

But that’s not necessarily a bad thing. Business Class is better than ever, and also more easily attainable than ever—in terms of both points and cash rates. If we really treat Business Class as the new First Class, well then we’re getting a whole lot more “First Class” seats than we used to. And if we treat the current First Class, the ones with doors and showers and lounges and closet space, as a new, top-tier “Suites” Class, then I personally take that as a bonus in passenger experience development.

Do you think Premium Economy is taking the place of the historical Business Class?

I think it is a positive move. Many first class is more and more pricey. As a business owner I like the price point for Biz and for the most part the product is close to FC. I have flown EK many times and have said they need a premium coach product. All my flights have been FC on EK

I’ve been saying this for the last couple of years.. Premium economy is basically what biz used to be. Like you say, full circle but maybe at a better price point

[…] economy service, unlike economy plus (or Comfort+, in Deltaese), is nothing to scoff at. Premium economy seating is akin to business class recliners of yesteryear. The armchairs will be similar in size and space to domestic first class recliners, additionally […]

Im sitting right now in a Cathay Premium Economy sear and found this article because it completely reminds me of biz class in the ‘90s. Very few companies pay for biz beyond the C Suite anymore. Premium allows you to arrive fresh enough to not lose a day of productivity.