Qantas has unveiled the seating for their 787-9 aircrafts, which will be phased into the fleet throughout 2018 and 2019. Qantas is set to take delivery of their first 787 in October 2017, and will likely be deploying the aircraft on longer routes. There were reports of them eyeing routes like Dallas-Melbourne and Chicago-Sydney. For the flight lengths that we are looking at, comfort becomes really important. The Qantas 787-9 will have a pretty low density configuration, with just 236 seats total spread across Business, Premium Economy, and Economy Class. For comparison, American Airlines’ 787-9, which will also offer Premium Economy, feature 285 seats.

Qantas today posted pictures of the Economy and Business Class cabin, which look like an evolution to their current product, so nothing truly groundbreaking here. Business Class will feature seats in a 1-2-1 configuration, with full flat beds and direct aisle access for everyone. Qantas said that since they are flying 787 for longer range, they will re-think the Business Class experience. That includes new menus and “better use of the onboard bar.” They haven’t released the exact layout of the Economy Class cabin, but judging by the pictures, seats will be in groups of three. This means Economy Class will offer seats in a 3-3-3 configuration, which can be a bit tight on the 787. However, Qantas said that they will be offering an extra inch of seat pitch compared to Economy in the A380.

I think the evolved seat design looks really handsome, and are outfitted with features that passengers will likely enjoy on long-haul flights. For example, there is a tablet holder in addition to a large in-flight entertainment screen. Storage can be hard to come by in Economy, so the holder will also double as a tray, providing extra space for passengers’ belongings. Qantas CEO Alan Joyce, via a press release, that the interiors of the 787 was designed with intended routes in mind.

The Dreamliner is an aircraft built for comfort. The windows are bigger, it helps reduce jetlag, it’s extremely quiet and there’s a system that smooths out turbulence. Customers are going to love it. We’re planning to make the most of the 787’s amazing range, so we’ve designed the cabin to give Qantas passengers a better experience on long haul flights.

Premium Economy will be completely re-designed for the 787-9, but Qantas isn’t ready to unveil the design just yet. There were previous rumors about the new seats resembling the Cozy Suite, but we will have to wait until next year to find out more about the “revolutionary” new design. 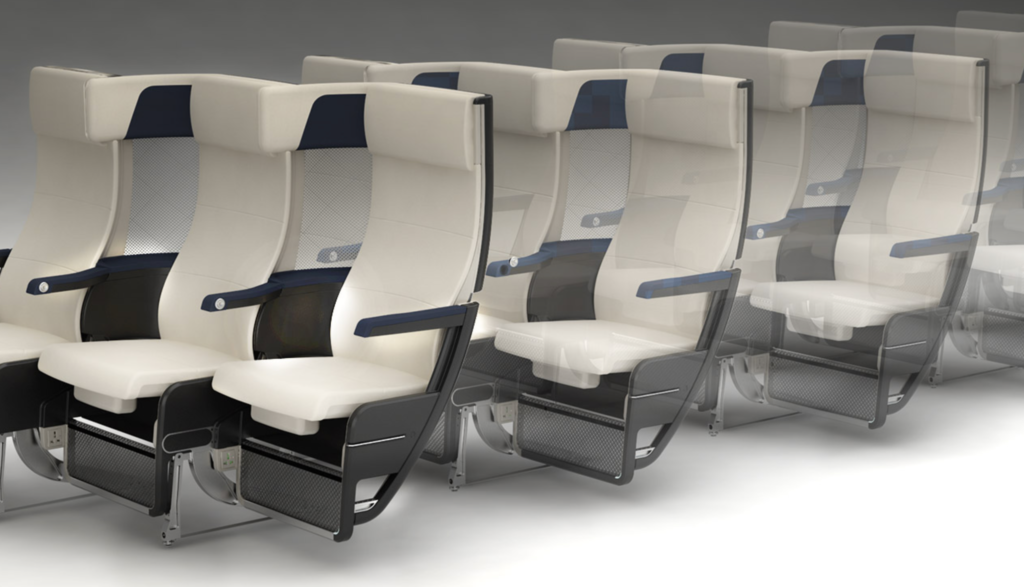 Qantas Has A New Logo and New Livery!

A bit of red colour (or some other), perhaps a reddish shade evoking the ‘Red Center’ of Australia’s outback could have been added to the business seat. I mean Australia does have bright colours. The J seat colours makes it boring, dreary, utilitarian, an office box. Very disappointing at what goes for ‘talent, vision, creativity, design, skill’ in some airlines.