Late last week Warner Brothers released plans and images for their Warner Brothers World Abu Dhabi which is set to open in 2018. The $1B park will be built on the man-made Yas Island (right by the airport…not bad for that Etihad layover) and will house Batman’s Gotham City, Bedrock from The Flinstones, Superman’s Metropolis, as well as Looney Tunes and Hanna-Barbara cartoon lands.

Warner Brothers is working with Abu Dhabi based Miral who says the project is about 60% complete.

Warner Bros World Abu Dhabi will be a state-of-the-art themed experience that authentically brings some of the studio’s most iconic characters and stories to life under one roof for the first time in the Middle East. 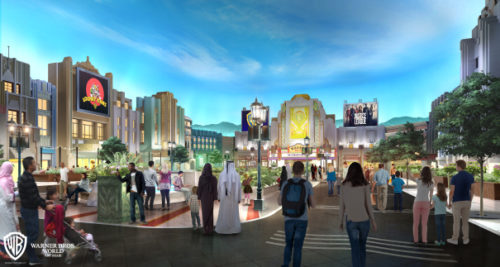