British Airways is in the midst of a massive fleet renewal program to install a long-awaited (and much overdue) business class seat, the Club Suite. The airline has already announced that it will install the new seat in phases, with ~80% of all long-haul planes equipped with the Club Suite within three years. 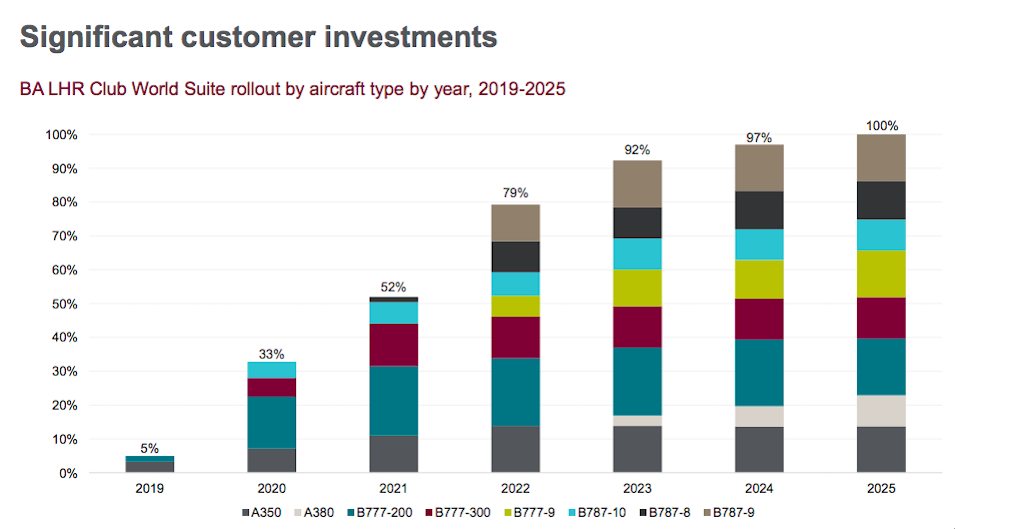 However, British Airways operates a variety of aircraft, so it can get confusing whether or not you’ll the Suite. Here’s what BA flies long-haul:

Overnight, British Airways uploaded a bunch of schedule adjustments for spring and summer 2020 swapping out planes for ones that have the new Club Suite. We also now can see what the 777-300 seat map looks like.

Similar to the updated Boeing 777-200, the 777-300 reduces first class from 14 seats to 8 seats. However, business class goes from an already large 56 seat cabin to a whopping 76 seats. That comes at the expense of economy, which not only reduces the overall number of seats, but goes from a 3-3-3 configuration to the now pretty much standard squeezed 3-4-3. British Airways probably sees these 777-300’s as a replacement for the super high-J Boeing 747s which will be phased out within the next few years. Those planes have 86 business class seats.

Needless to say, you’ll want to check the seat map for your flight to make sure it matches a Club Suite configuration since that’s a vast improvement over the current Club World seat. However, the schedule remains subject to change.