Japan Airlines (JAL) is famous for their great service, and their First Class product is one of my favorite out there. They are part of the oneworld alliance, and with their new partnership with Alaska, redeeming miles and points on JAL flights is more accessible than ever. 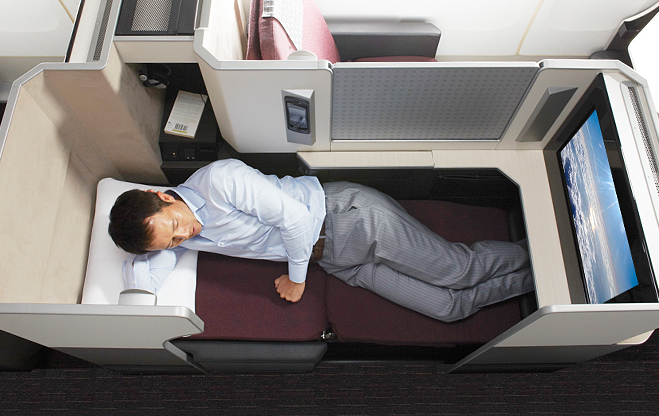 Well, it looks like Japan Airlines will be making some changes to the New York market. They will be dropping one of the daily flights between New York (JFK) and Tokyo-Narita (NRT), but will introduce a new daily flight between New York (JFK) and Tokyo-Haneda (HND). Furthermore, both of these routes will be operated by the Boeing 7770-300ER with a First Class cabin. The Haneda flight will start on April 1, 2017, while the “old” Narita route will see the 777-300ER effective March 26, 2017.

The new New York (JFK) – Tokyo/Haneda (HND) flight will have the following schedule:

I think this is pretty great news, since Haneda is much closer to Tokyo city center; if you are terminating in Tokyo, you can save quite a bit of time flying into Haneda instead of Narita. Some intra-Asia routes also only operate out of Haneda, so connecting passengers will get more choices, and in some case might be able to avoid going from one Tokyo airport to another to make their connection. Finally, with this new route, Japan Airlines is doubling the number of First Class seats out of New York, which is awesome for award redemption purposes. Japan Airlines (JAL) First Class onboard the 777-300ER, which will be available on routes between New York and Tokyo (Narita and Haneda). Photo by the author.

However, there is also some (minor) bad news coming our way. JAL will be changing the equipment they use on one of the daily flights between Tokyo/Narita (NRT) and Jakarta (CGK). Starting February 28, 2017, JAL will substitute the 777-300ER currently operating the flights (JL 725/726) with the Boeing 787 Dreamliner. This is the only intra-Asia flight that currently features a First Class cabin, and as you may already know, intra-Asia redemption is one of the major sweet spots with Alaska’s JAL award chart.

Japan Airlines will be flying the 777-300ER, with First Class, between Haneda (HND) and Bangkok (BKK) from February 25 until March 25, though, so if you’re hoping to redeem an intra-Asia award in First Class, you still have a few months. But after that, Alaska’s “First Class intra-Asia JAL award” will essentially be meaningless, since there won’t be an intra-Asia route that features a First Class cabin anymore. It’s important to keep in mind, however, that the award chart isn’t changing, so there are still plenty of ways to take advantage of Alaska’s generous routing rules.

Wow timely article. Alaska air show the first class out of JFK on JAL on December 13. However it is definitely on the 787. Wonder what would’ve happened had I try to book that? Clearly no first class is on that aircraft.

Proposing a small correction in this statement:
“This means effective February 28, 2017, the Alaska’s “First Class intra-Asia JAL award” will essentially be meaningless, since there won’t be an intra-Asia route that features a First Class cabin anymore. ”

So, for the time being, JAL will offer an intra-Asia First Class till 25th March at least.

Thanks so much Deo! I have updated the article to reflect that.

Any idea when the HND-JFK flight will be open for reservations?

If I’m not mistaken, the aircraft change for the NRT-CGK is temporary. I have the flight JL725 booked for September and is still showing 777-300 with F class service.