Announced in November 2014, LinkNYC is a project that aims to provide Wi-Fi coverage in all of New York City. There are now over 400 kiosks across 3 boroughs, all of which are equipped with tablets that came with free web browsing. These kiosks are repurposed from old phone booths. They sometimes feature advertisements, revenue of which fund the project itself.

The kiosks also provide free calls, free device charging, and free Wi-Fi. These have been really popular, especially among tourists, since they can easily find their way, look up stuff, and recharge their phones when out and about. 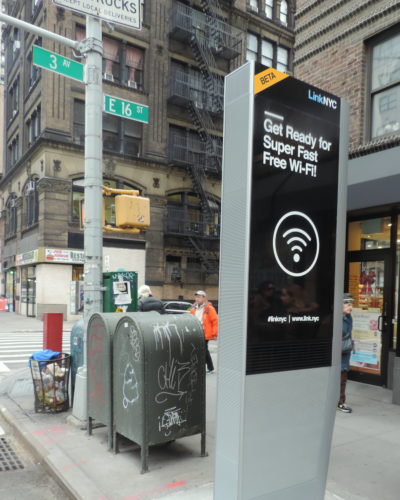 Sadly, in a statement today, LinkNYC announced that they are shutting down the web browsing feature.

…some users have been monopolizing the Link tablets and using them inappropriately, preventing others from being able to use them while frustrating the residents and businesses around them. The kiosks were never intended for anyone’s extended, personal use and we want to ensure that Links are accessible and a welcome addition to New York City neighborhoods.

Those that are among the least privileged should of course be entitled to the use the service, which is designed for the public. However, the problem seems to be that they are occupying the kiosk for hours on end, prohibiting others from using them. As we often see, in this case, a few bad apples ruined the experience for others. Honestly, I think a better solution might have been a time limit, but those are understandingly difficult to enforce.

Luckily, the free Wi-Fi, device charging, and maps features will still be available at LinkNYC kiosks. Those who wish use the web browsing features, however, might have to go elsewhere.