Say goodbye to the terrifying baggage sizer box. At least that’s what KLM is hoping with its latest innovation; the airline introduced a way to test out if a carry-on will fit in the overhead bin whie you’re sitting at home.

Point your phone at your suitcase, and KLM’s new app will tell you whether or not you can carry it onboard. Alright, it’s not that simple. You might have to move the phone around and maybe hit a button. I’d argue that’s still way better than doing this:

It’s all made possible by incorporating KLM’s app or Facebook’s Messenger app with the latest in Augmented Reality (AR) technology. It’s one of the first ever customer-facing applications of augmented reality in the airline industry, and the first that aims to replace a bothersome old-fashioned function. 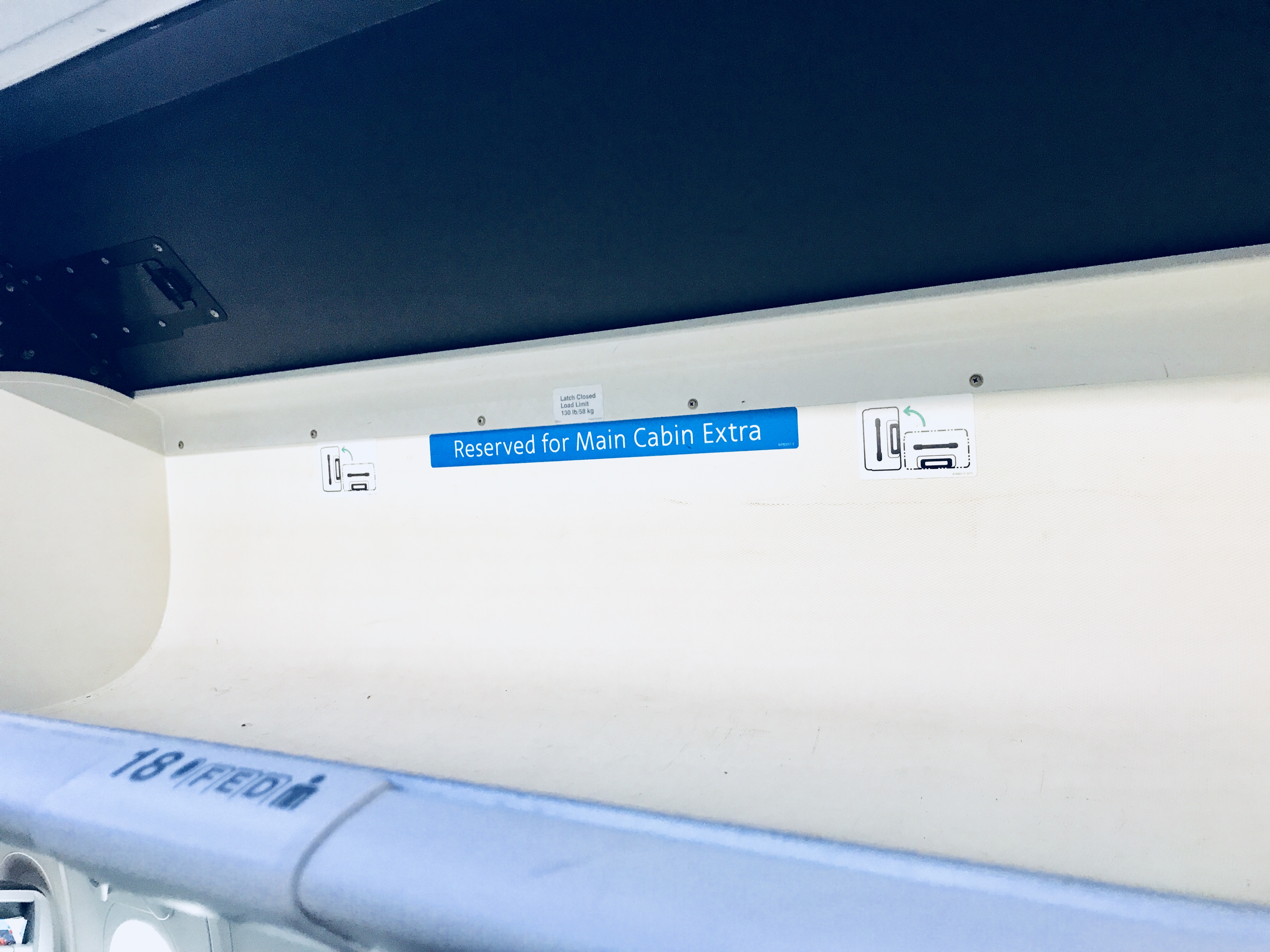 Size matters when you try to bring a carry-on onboard.

Nope. While both Augmented Reality and Virtual Reality are jumping off the pages of sci-fi novels into more of everyday life, they are totally separate concepts. AR generally doesn’t require any extra equipment besides a smartphone. It allows people to experience a virtual-world overlaid onto a real-world environment. In fact, it adds to the person’s experience around them. Think: Pokemon Go. In contrast, Virtual Reality (VR) fully immerses users in a digital-only environment, usually with the assistance of a special VR headset. With VR, the real-world of sight and sound is completely blocked out.

So How Does KLM Use AR?

KLM uses a semi-transparent AR carry-on suitcase (in the airline’s royal blue color scheme, of course) that can be “placed” onto an actual real suitcase that’s in your living room, or in my case, the office. In order to meet carry-on requirements, your own bag should fit within the confines of KLM’s AR bag. It’s as simple as that.

This handy feature was released on KLM’s own iOS app last month and is only accessible once you have an active reservation. However, KLM also partnered with Facebook to become one of the few companies worldwide to build an AR experience using Messenger (only for iPhone 6 and newer)—and it’s usable without a reservation. Giving It A Whirl

Spoiler alert: It blew me away how incredibly simple it was. I opened up the Messenger app and searched for KLM, and found the “AR Hand Baggage Check” under “Plan and Book”.

Once I clicked on “Check your handbag” (or in American English, “carry-on”), the iPhone’s camera activated. I was prompted to scan an empty, textured surface and KLM’s AR suitcase then magically appeared. Clicking on the little red information icon provided a little tutorial on how the whole thing worked.

It certainly took a bit of getting used to (tip: only use one finger to rotate the AR suitcase) but in a few seconds, I got KLM’s bag to fully cover my own carry-on. Success!

As a personal preference, I almost exclusively carry-on my belongings whenever I fly. But sometimes, it nice not having to worry about carry-on requirements at all. Consider grabbing the American Express Platinum or Chase Sapphire Reserve (more info), two cards that include credit towards baggage fees and other airline incidentals.

Or, since this is the future and you’re measuring your bag with a touchscreen device from across a room, you might as well just use that oh-so-2018 Rose Gold Amex card that just came out. In the past, you had to put your carry-on in the sizer to see if it fit. The future is here: overlay KLM’s Augmented Reality suitcase onto your own real-life suitcase.

KLM is one of the pioneers in the airline industry for using AR to make customers lives a little bit easier. With the rise of AR and VR, we’ll see more airlines use technology to improve the customer experience both pre-flight and while onboard. Next up, I’ll take a look at how VR is shaping how airlines entertain customers and even convince customers to upgrade their seat.