Saving Money On Airfare By Buying Miles Instead (Actually, Though)

If done right, buying miles can save money. Not just a few dollars off an upgrade, but thousands off airfare, particularly in business and first class. This may sound like a stretch, but stick with me, it’s more frequently doable than I previously imagined.

When ticket prices are high, the relative value of frequent flyer mile redemptions goes up. Many airlines — including Alaska, American and United — keep “mileage award” rates fixed. Even when cash fares soar, the miles needed to secure an award seat remain the same. 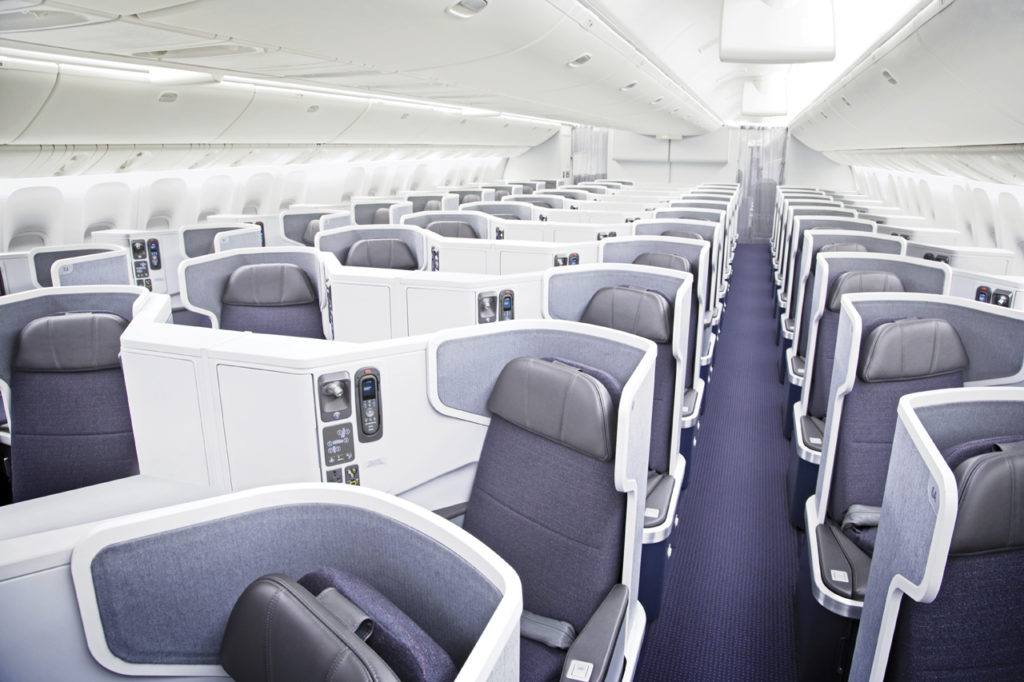 These American Airlines business class seats can cost thousands, even more when booking at the last minute. Sometimes it can cost significantly less to actually purchase miles to secure the seats.

In these examples, we will be starting from zero miles. Anyone who has a stash of miles in one of these programs can obviously leverage this strategy to greater effect. In addition, many credit card reward programs, including American Express Membership Rewards, Chase Ultimate Rewards and Citi ThankYou rewards, allow points transfers directly into frequent flyer accounts.

A few data points to consider before deciding to buy miles, in lieu of paying cash, for an expensive flight:

Miles purchases are usually close to instantaneous, but sometimes can take up to 24 hours to process. It’s always important to both find available award seats and ask the airline to hold them, to make sure someone can’t grab the award seats while your new trove of miles is moving into your account.

Miles are nonrefundable and award seats are scarce, so finding open seats and securing them is key.

Alaska is often the best program for using the buy-with-miles trick. Even without frequently advertised bonuses, the miles are reasonably priced. Furthermore, Alaska doesn’t restrict or limit the total number of miles one can purchase in a year.

That’s right, you can buy as many Alaska Miles as you want, in increments of up to 60,000, plus any bonus that’s tacked on. Those miles can be redeemed, at favorable rates, on over 13 different airlines, including these international carriers:

Empty award seats for most of these partners will show up in a “Use Miles” search on alaskaair.com. Some, like Cathay Pacific, require a trek over to British Airways Executive Club or Qantas’ Frequent Flyer website (or a call to Alaska) to check for available award seats.

For flights on Cathay Pacific, Alaska wants just 50,000 miles each way to cross the Pacific Ocean in business class, and just 70,000 in first. This can be a good buy-miles value, even when Alaska isn’t offering 35 or even 40 percent bonuses, as it often does. That means that, using Alaska miles, without any bonus, it’s possible to obtain a round-trip business class seat to Southeast Asia on Cathay Pacific (or American Airlines) for $2,956.26. Tack in a bonus offer  — 40 percent is not uncommon — and that price goes down to $2,128.50.

That is often half the price of a cash business class ticket (or less).

Lets look at a few other redemptions, bought with Alaska Miles. All of these options are without any promo bonus or discount on Mileage Plan miles. In each of these partnership, Alaska charges minimal (typically less than $100) or no fees for the award flights. Qantas calls its business class seats “Skybeds.” Despite a side-by-side configuration, they have garnered rave reviews. Accumulating business spending in certain ways makes it possible to fly in a seat like this for little more than taxes and fees. Cathay Pacific’s First Class seat can be had for purchased Alaska Airlines miles much cheaper than it typically sells for in cash. Just call Alaska first to check availability on dates you’re looking to travel.

With so many partners, finding open award seats for Alaska redemptions can be difficult and confusing.. If you’re having trouble, consider enlisting the help of an affordable award search agency like Juicy Miles or Points Pros. These services don’t charge unless they are able to find suitable seat openings.

Alaska’s airline card has a lower fee than its other major competitors, at $75, and that includes a free companion ticket (essentially a buy-one-get-one, plus taxes, ticket on any Alaska flight).

Like other airline cards, there are perks that come with travel as well, including waived bag fees, improved boarding priority, and discounts on purchases. Alaska gives cardholders an extra three miles for every dollar they spend on Alaska purchases.

When to Buy American AAdvantage Miles

American Airlines offers some of the more attractive redemption rates for business and first class seats, and also frequently runs miles promotions. Through the end of the month, American is tacking on bonus miles and discounting prices for purchased miles. The airline has run various promotions off-and-on.

Check this link for the latest AAdvantage mile pricing and bonus info.

Like United, American limits AAdvantage members to 150,000 purchased miles per year. Given AA’s generous redemption rates, that can get us pretty far.

Business Class seats on AA to just about any global destination are within reach of the limit on purchased miles.

For demonstrative purposes, I’ll model a mid-September flight between Philadelphia and Doha. As with Alaska, some award seats will show up in a mileage award search on AA.com, while others, like Cathay Pacific and Qatar Airways, require a search on British Airways.

These are the available lowest prices, found via Kayak, between Philadelphia and Doha, Qatar, departing Sept. 13 and returning Sept. 20:

The cheapest connecting itinerary between PHL and Doha is $3,549 for these dates. To get on Qatar’s direct flight, one can sell a Lexus. To fly in business class from Philadelphia to Doha on Qatar Airways costs 75,000 AAdvantage miles each way. Starting with zero miles, given the bonus miles available through the end of this month, it costs $2,785, plus the minor taxes and fees on the tickets, to book this direct flight in business class, buying miles.

Even considering the lower-priced connecting tickets on sale, it actually costs less to purchase miles. For those whose business (or demanding leisure schedule) demands a nonstop service, buying miles in this case represents a savings of over $7,000.

Obviously, such a savings improves for someone with a few AAdvantage miles already sitting around in an account.

When to Buy United MileagePlus Miles

United miles are most valuable when redeemed for international business class flights. North America to Europe tickets start at 60,000 miles one-way and 120,000 miles round-trip. The miles can be used on any Star Alliance airline in the world.

Note, the below examples are priced based on a promotion that expired July 26. These promotions do recur and change from time to time. This guide will provide a template for comparing available airfare with buy miles strategies.

Since it’s only possible to purchase 150,000 United miles in a year, there are three long-haul regions where an outright mileage purchase can cover round-trip business class airfare: Europe, South America and East Asia. With some spare United miles, or Chase points to transfer, further destinations are within reach. A close-in round-trip from New York City to Berlin, according to Kayak, is running just over $4,000 in business (non lie-flat options like Iceland Air were omitted from results). Using miles round-trip, the total buy miles award cost given the current 100-percent promotion prices out at $2,771, over $1,200 cheaper than a paid ticket. Given that the 100 percent bonus expires July 26, the typical price to purchase United miles for this route would exceed the cash ticket price.

Still, on transpacific flights and flights to India or Africa, which can easily top $10,000 round-trip on a last-minute basis, buying United miles can be economical.

United frequently runs promotion on miles, however. Use this link to see the latest pricing and any promotional offer.

What about economy seats?

Given the vast price differential between international economy and business class seats, it’s less likely that buying miles would be an economical way to pay for economy travel on most routes. There are some circumstances, however, when it could make sense to pay for economy flights using miles.

A quick search for economy award seats shows availability (with the boost I get from having a Chase MileagePlus Explorer card), on South African Airways’ nonstop between Washington Dulles (IAD) and Johannesburg (JNB).

Purchasing the 80,000 miles needed for round-trip passage costs far less than the economy seat, and the available award itinerary is much more desirable than the 44+ hour haul through Abu Dhabi.

In addition to the $111 or so that United will charge in fees, this itinerary will run $1,505 with miles purchased. That’s a bargain.

In fact, even without any MileagePlus bonus, purchasing miles for a decent connection at just over $3,000 still beats the comparable economy cash fare, in this limited circumstance.

Efficient Ways to Stock Up on MileagePlus Miles

If you’ve hit the limit on miles you can buy, don’t despair. United has revolving intro bonus offers on its Chase MileagePlus Explorer Card, which can range from 30,000 to 60,000 points, just for signing up and spending a certain amount within the first three months (typically $2,000).

Programs It Rarely Makes Sense to Buy Miles On

Not all frequent flyer programs are the same, however. Point Me To The Plane wouldn’t recommend buying the following miles, except in situations where one might need to top-off an already robust stash in order to secure a desirable award flight.

Many programs, like Aeroplan, either don’t sell miles, or only sell them in the process of booking an award with existing miles (to “top off” an account).

SkyMiles awards are expensive. The airline also severely limits the purchase of miles — SkyMiles members can only purchase 60,000 SkyMiles in a year at a horrid rate, 3.25 cents per mile. Delta rarely offers bonuses or discounts to buy miles.

SkyMiles purchases should only be made for topping off purposes. If there is a scenario where it might make sense to buy SkyMiles instead of purchasing a flight, we haven’t seen it.

Both JetBlue and Southwest operate fixed-redemption currencies. That means that, rather than making mileage awards available at pre-set award prices, the airline simply converts the points into currency, and applies it toward the prevailing cash airfare.

While both airlines occasionally offer discounts and bonuses, the mileage prices with said bonuses have never actually dropped below the redemption rates, meaning that frequent flyers needing to purchase anything more than a top-up amount of Trueblue or Rapid Rewards points would be throwing cash in the trash.

Of course, if you have a trove of Southwest Rapid Rewards or JetBlue points, buying a few extra can make plenty of sense, particularly when the airlines pour on occasional discounts and bonuses.