After more than a year-long renovation, American has finally re-opened its Terminal D Admiral Club at its hub in Dallas-Ft Worth (DFW). The membership-based club opened alongside the new American Flagship Lounge which we also reviewed prior to its grand opening on May 17, 2019.

I got to take peek inside the new Admirals Club, without the crowds. The design aesthetic is similar to other Admirals Clubs across the country (for better or worse). That means the same furniture, same cheap-looking flooring, and same overall decor. While food and beverage was yet to be set up yet when I took a look around the club, expect complimentary food and drink options to also be par for the course –meaning light bites of cheese cubes, chips and dip, crudités, and house drinks. And those tall snack towers of sadness.

The American Admirals Club in Terminal D (where most of American’s international flights depart out of) is located after security, near gate D24. While the overall spaces are adjacent to each other, this entrance is different than that of the Flagship Lounge which is at Gate D21.

Hours of operation are from 5:00am to 10:15pm which should cover the vast majority of all of American’s flights.

Additionally, the Admirals Club loses one shower room (down to four instead of five previously). However, the Flagship Lounge gets eight showers though so it’s a net gain of seven.

In total, the lounge footprint for Flagship + Admirals is 35,000 square feet, which is much, much larger than before.

This new Admirals Club is now mostly one large room divided up into smaller sections. There’s the main bar and snacks area, one enormous general seating area, a side wing with some chaise recliners, a small kids room (not pictured), and bathrooms and showers. Let’s get straight to the photos.

Entry foyer as you step off of the elevators (facing the Flagship Lounge): 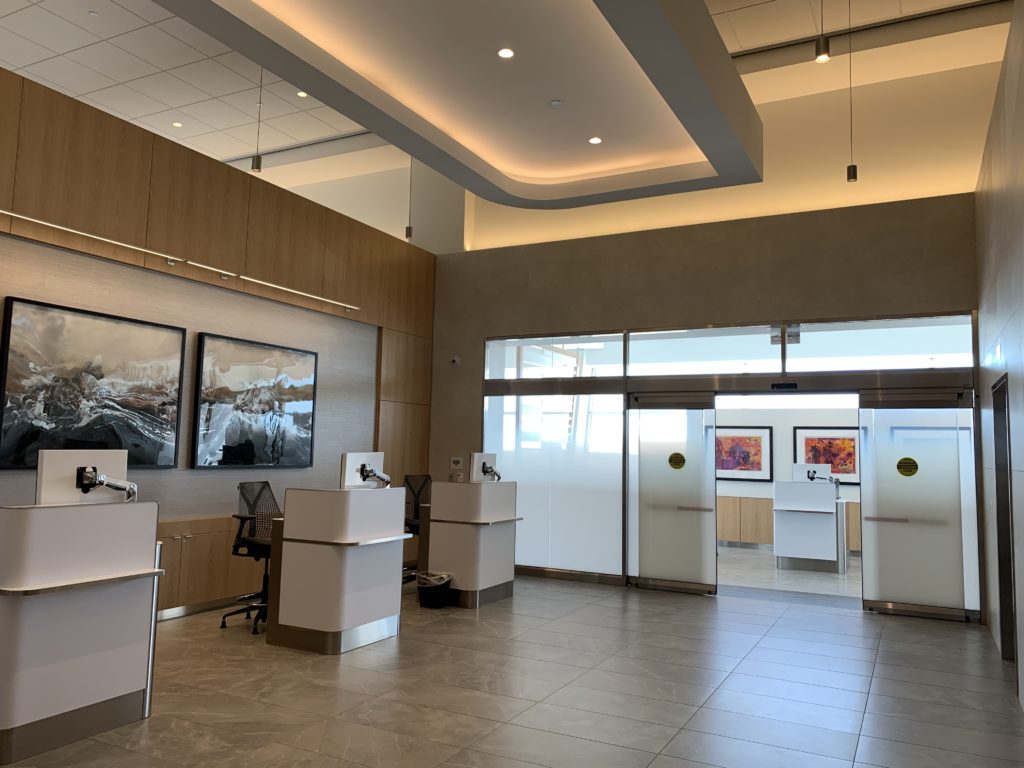 Hallway leading into the Admirals Club: Main bar area with some tables and high top seating: 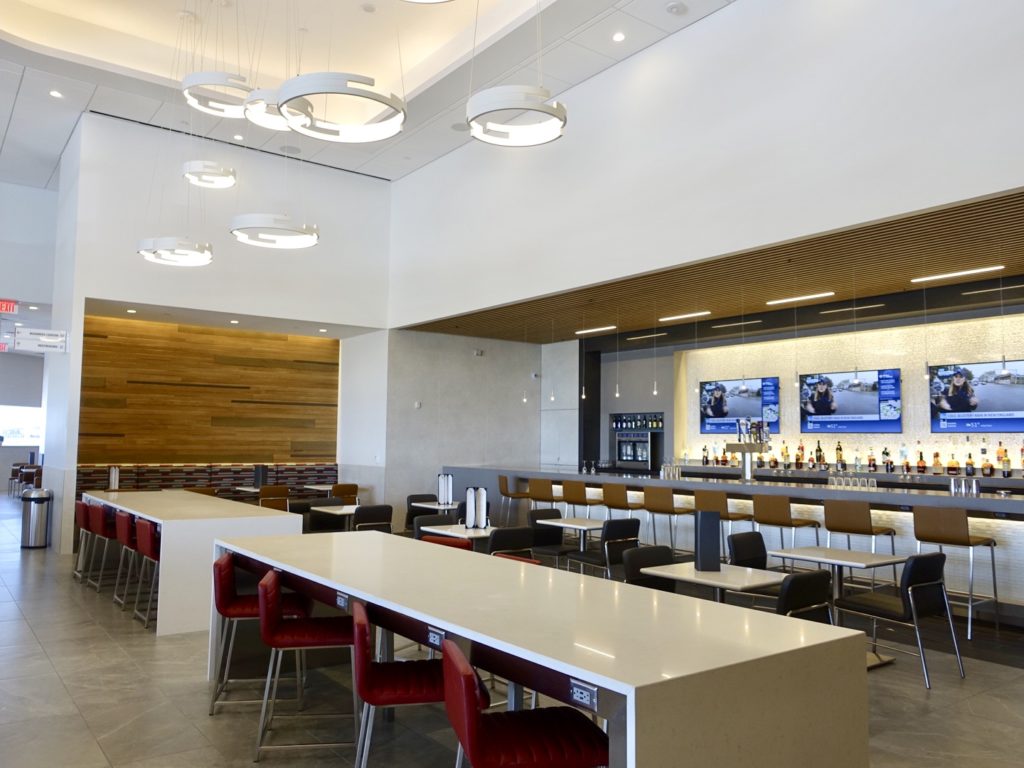 Seating next to the floor-to-ceiling windows (with amazing tarmac views): 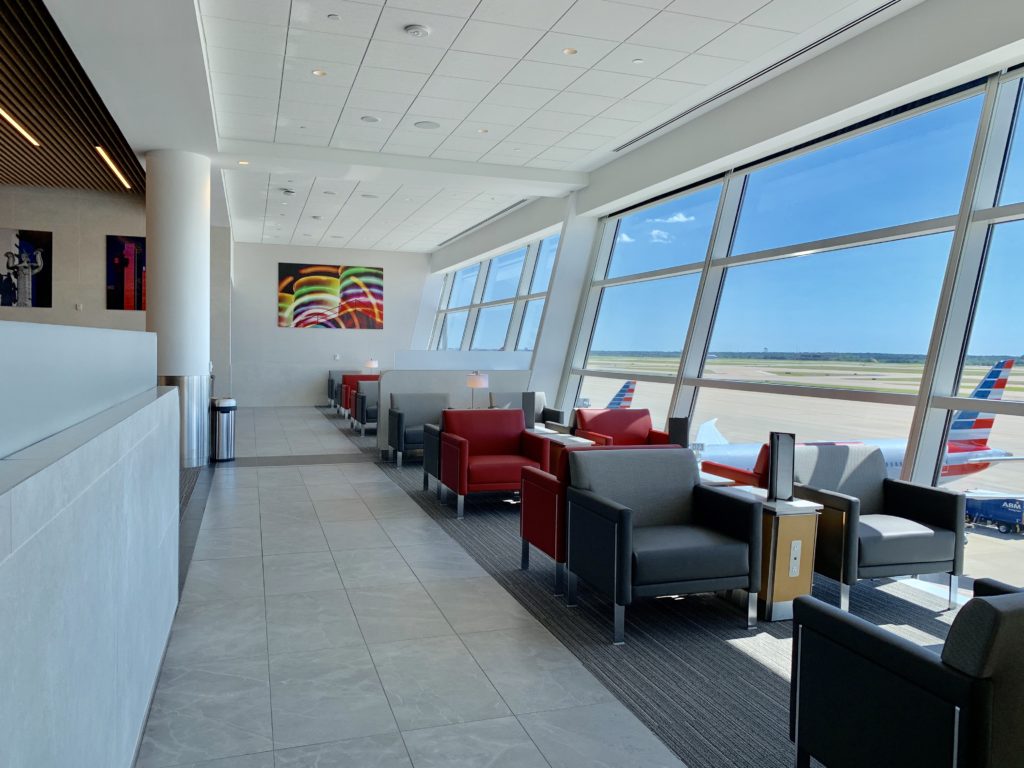 A rather-exposed business center that’s in the main lounge area: Side wing with some lounge recliner seating (still quite exposed): A look at the entire lounge space at the far end of the dining area: One of the  four Admirals Club shower suites: 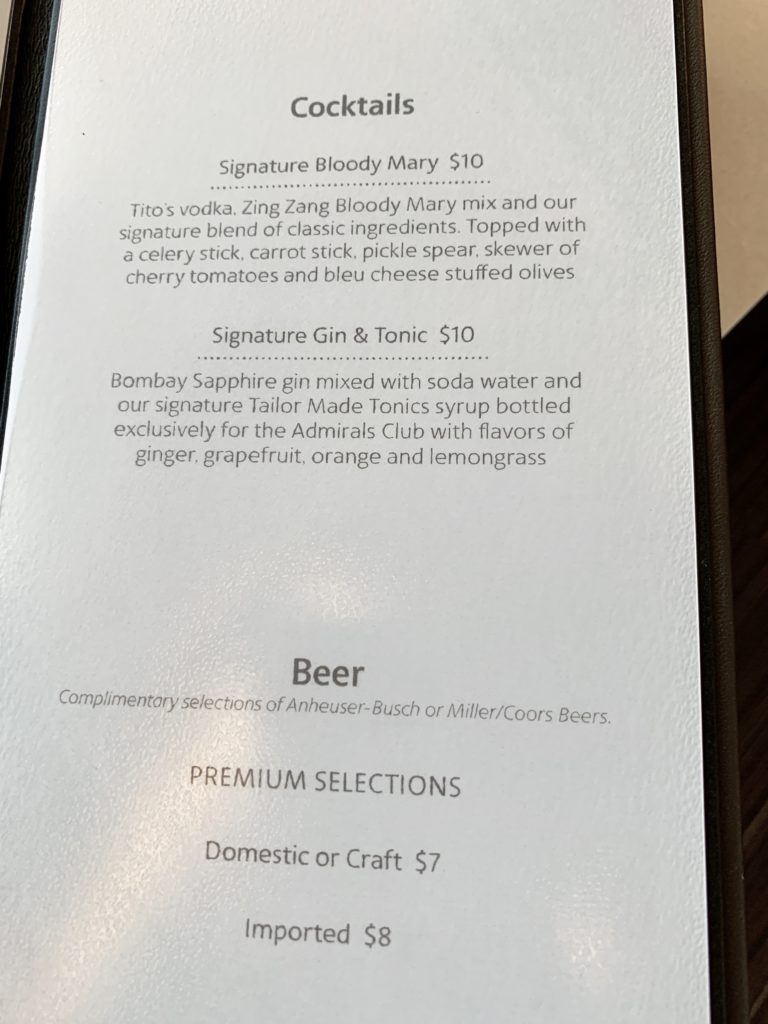 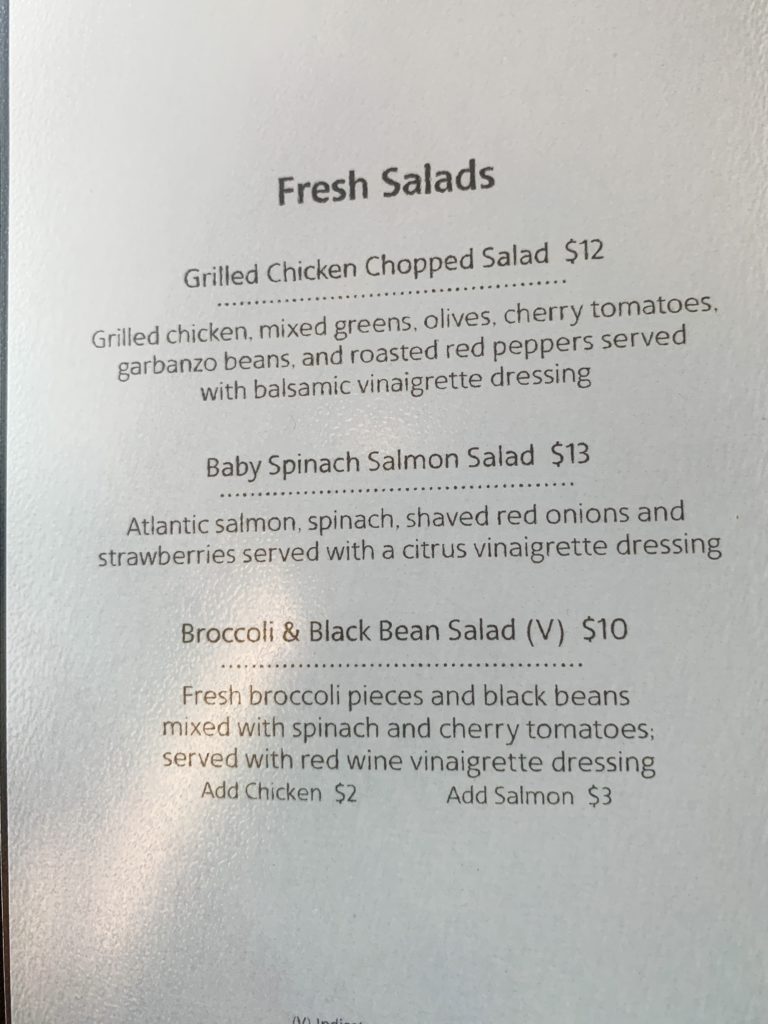 The renovations for the Admirals Club Terminal D at DFW brings the club in line with offerings elsewhere in American’s Admirals Club network. That means creating a cohesive brand identity, but also giving the Flagship Lounge the top billing it deserves. Without a doubt the Admirals Club is smaller but with the Flagship next door for international premium passengers and elites, overcrowding shouldn’t be a huge issue.

4 Ways To Save On National Park Trips (And Use Points)

My hunch is that some people were using the AMEX lounge because the temporary “premium lounge” that American had in Terminal D was subpar. Now with Flagship and Admirals open, I suspect those folks will start using American’s offerings now.